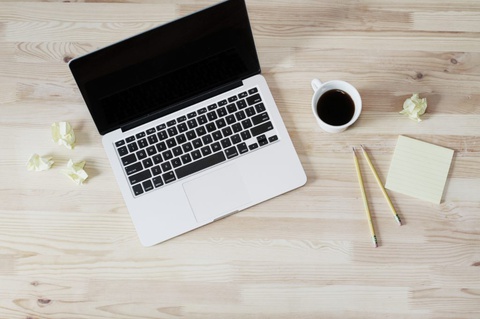 Kyle was excited to take a beginning Spanish class to prepare for a semester abroad in Spain. Before his first vocabulary quiz, he reviewed his notes many times. Kyle took the quiz, but when he got the results, he was surprised to see that he had earned a B-, despite having studied so much.

Kyle’s professor suggested that he experiment with different ways of studying. For example, in addition to studying his written notes, he might also try listening to audio recordings of the vocabulary words and repeating them out loud.

Many of us, like Kyle, are accustomed to very traditional learning as a result of our experience as K–12 students. For instance, we can all remember listening to a teacher talk and copying notes off the chalkboard. However, when it comes to learning, one size doesn’t fit all. People have different learning strengths and preferences, and these can vary from subject to subject. For example, while Kyle might prefer listening to recordings to help him learn Spanish, he might prefer hands-on activities like labs to master the concepts in his biology course. This chapter will explore some theories that take into account these different approaches to learning.

For nearly a century, educators and psychologists have debated the nature of intelligence, and more specifically whether intelligence is just one broad ability or can take more than one form. Many classical definitions of the concept have tended to define intelligence as a single broad ability that allows a person to solve or complete many sorts of tasks, or at least many academic tasks like reading, knowledge of vocabulary, and the solving of logical problems.[1]

One of the most prominent of these models to portray intelligence as having multiple forms is Howard Gardner’s theory of multiple intelligences.[2] Gardner proposes that there are eight different forms of intelligence, each of which functions independently of the others. Each person has a mix of all eight abilities—more of some and less of others—that helps to constitute that person’s individual cognitive profile. These eight intelligences are summarized in Table 1 below.

Since most tasks—including most tasks in classrooms—require several forms of intelligence and can be completed in more than one way, it is possible for people with various profiles of talents to succeed on a task equally well. In writing an essay, for example, a student with high interpersonal intelligence but rather average verbal intelligence might use her interpersonal strength to get a lot of help and advice from classmates and the teacher. A student with the opposite profile might work well on his own but without the benefit of help from others. Both students might end up with essays that are good, but good for different reasons.

This model can be useful as a way for students to think about how you approach your learning. Multiple intelligences suggest that there is (or may be) more than one way to be “smart,” and that you can benefit from identifying your personal strengths and preferences.

Watch this video for an explanation of the eight different types of Multiple Intelligences.

Complete Section ACTIVITY 1: IDENTIFYING YOUR STRONGEST INTELLIGENCE at the end of the chapter

Emotional intelligence is an important element of self-regulation. It can be defined as the ability of individuals to recognize their own and other people’s emotions, discern between different feelings and label them appropriately, use emotional information to guide thinking and behavior, and manage and/or adjust emotions to adapt to environments or achieve one’s goal(s). Those with high levels of emotional intelligence are able to recognize and reflect on their own emotions (intrapersonal intelligence) and those of the people around them (interpersonal intelligence); they are also able to respond to those emotions in ways that minimize negative consequences and support the achievement of intended goals.

The following video provides a deeper look at emotional intelligence in the words of Daniel Goleman, a psychologist who has researched and written extensively on the topic:

One aspect of emotional intelligence is emotion regulation. Emotion regulation (self-regulation) refers to the capacity to manage and productively use one’s emotions. Emotional regulation is important in delaying gratification and self-control as demonstrated in Walter Mischel’s “Marshmallow Test” (1972).  You can see the “Marshmallow Test” experiment here. As you read in Chapter 4 delaying gratification is one of the most important aspects in combating procrastination.  Research has found that people who are better able to self-regulate and delay gratification, are less impulsive and have higher cognitive and social intelligence. They have better SAT scores, are rated by their friends as more socially adept, and cope with frustration and stress better than those with less skill at emotion regulation (Ayduk et al., 2000; Eigsti et al., 2006; Mischel & Ayduk, 2004).  As you read in Chapter 6, self -regulation is a very important part of the Model of Strategic Learning.

While the model of strategic learning focuses on the interaction between individual knowledge, abilities, and environment, other theories place greater emphasis on rounding out one’s cognitive abilities to be able to approach and solve problems in different ways. In his theory of successful intelligence, for example, Robert Sternberg[8] proposes that to be successfully intelligent is to think well in three different ways: analytically, creatively, and practically. Typically, only analytical intelligence is valued on tests and in the classroom. Yet the style of intelligence that schools most readily recognize may well be less useful to many students in their adult lives than creative and practical intelligence.

In the college setting, you’ll probably discover that instructors teach their course materials according to the method they think will be most effective for all students. Students are capable and have to learn in a variety of ways.  Learning is not dependent on your learning style.  The belief in learning styles has been largely debunked.  Research shows that learning styles don't actually exist! (Cofield et al., 2004; Pashler, H. et al., 2008; Riener, C et al, 2010).  The deleterious impact of believing in a debunked theory is students can shut down or lose interest when a professor isn’t teaching in a way that is consistent with your “preferred learning style”. It is important to understand that learning styles do not exist, as this will help you maintain a growth mindset as you learn new material in different subjects.

Students can identify and apply the learning benefits of a growth mindset, and make informed and effective learning choices in regards to personal engagement and motivation.  In the example at the beginning of the chapter, Kyle is better suited to incorporate different modalities to learn Spanish.  Information in our brain is stored in terms of meaning, thus the more engaged a person is in their learning the more meaningful the material becomes.  As you will learn in Chapter 9, the more engaged a person is in learning new material the more elaborate the encoding process becomes, therefore; making it easier to retrieve the new information.